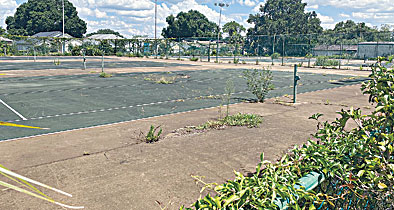 A 21-member advisory committee has been formed by Mayor Bryan Nelson to figure out what it would take to rebuild the floundering Errol Estate recreational area that includes the clubhouse, golf course, and tennis courts.

If the committee finds that it would be feasible to rebuild the defunct country club, then a recreational district with a separate governing board would be formed.

The Errol Estate Recreational District Advisory Committee will meet Tuesday, June 23, beginning at 5:30 p.m. There are 21 listed members on the committee, many who live in Errol Estate.

Rodriguez informed the City Council that the advisory committee is simply a fact-finding body that will research options for possibly forming the Errol Recreational District and therefore the group is not subject to the Sunshine Law, which requires open meetings and that public records be available. If a recreational district is formed, the governing board would be subject to the Sunshine Law.

According to the advisory committee’s agenda, the group will review background information and timeline of the recreational district, possible district land purchase options, potential amenities, and the initial snapshot of capital and operational costs of recreational district amenities as a starting point for discussions.

Possible recreational amenities to be reviewed at the meeting are golf course, pool, clubhouse, tennis courts, fitness center, and walking trails, according to the agenda.

Errol Estate has been mired in financial problems, especially when it comes to the golf course’s viability. In recent years, golf courses all over Florida have been shuttered, though the state once had more of them – at over 1,250 – than any other state.