Rep. Sabatini was elected to the Florida House of Representatives in 2018, representing District 32, a district encompassing most of Lake County. In his first term, five bills were signed into law by Gov. Ron DeSantis. These bills dealt with private property rights, government programs, local government, economic issue, and veterans’ issue.

A member of the Florida Army National Guard since 2008, he currently serves as a brigade planning officer in the 83rd Troop Command and activated for several hurricanes and emergencies, most recently Hurricanes Matthew, Irma, Michael, Dorian, and served 100 days of active service during the state’s response to COVID-19, for which he was awarded the Humanitarian Service Medal and Armed Forces Service Medal.

He graduated from the University of Florida Law School in 2017, where he served on the Journal of Law and Public Policy and clerked for then Chief Judge Alan Lawson of the Fifth District Court of Appeal – currently a Justice of the Florida Supreme Court. He is currently a sole practitioner attorney focusing on property and constitutional law cases with offices in Clermont.

He is married to his wife Francheska, an attorney and the elected Republican state committeewoman for Lake County, Florida. They reside in Howey-in-the-Hills.

The lunch meeting will be held from 11:30- a.m. to 1:30 p.m. Those attending should arrive by 11:15 a.m. to register. The cost of the buffet lunch is $20 with reservation and $25 at the door without a reservation. Seating is limited and the registration deadline is September 12.

Masks are required and social distancing will be practiced. Hand sanitizer stations are located throughout the lobby.

For more information and reservations, contact Barbara Zakszewski at 407-921-7219 or by email at barbzak@mail.com. Reservations may also be made at www.norwf.org. 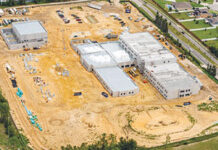 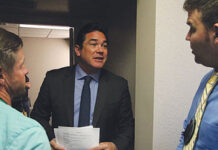 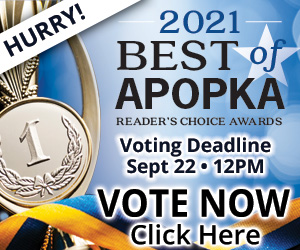