The annual reorganizational meeting was held on Tuesday, November 17, at the Ronald Blocker Educational Leadership Center in downtown Orlando as part of the board’s regularly scheduled meeting.

In addition to Byrd, incumbent Pam Gould for District 4 and new member Vicki-Elaine Felder for District 5 took their oath of office. Incumbent Karen Castor Dentel for District 6 did likewise but earlier, as she was not at the meeting. All of the four members won their respective four-year terms in the August 18 primary election.

Felder succeeds Kathleen “Kat” Gordon, who retired from the board after 20 years of service. Gordon’s final meeting was on November 10.

Judge Kevin B. Weiss of the Ninth Judicial Circuit, State of Florida administered the members’ oaths.

Byrd was originally elected in 2018, succeeding Christine Moore who vacated the position mid-term to run for and win the Orange County District 2 Commissioner seat. Moore succeeds Bryan Nelson, who left that seat to campaign for the Apopka mayor’s spot and unseated incumbent Joe Kilsheimer.

The full story appears in the Friday, November 20, issue of The Apopka Chief, beginning on page 1A. Subscribe today! 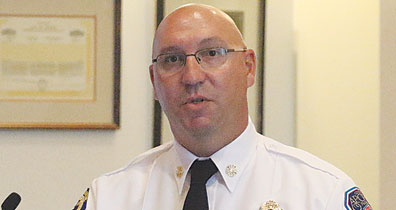