I hope you are havin’ a great week, and hopefully you will have a chance to do some fishin’ over the weekend.

I know it’s been kinda hot but if you can fish on the windy side of the lake, you should stay somewhat cool while you fish.

You need to make sure you take along plenty of water and Gatorade because you want to stay hydrated while you are fishin’.

Kyle at Bitter’s Bait and Tackle reports that the folks in his area are, in his words, “Wreckin’ the bluegills and shellcrackers in Lake Jesup.”

Kyle said that folks are catchin’ their limits on every trip to the lake.

All the panfish are bein’ caught on red worms. In Florida, every angler can catch 50 bluegills per day, so if you want to catch some panfish, get a couple of buckets of red worms and the family, and go have a blast catchin’ bluegills. Folks who don’t have a boat, but want to catch some catfish need to go fish off the seawall in Lake Monroe.

Kyle reports some nice catfish bein’ caught on night-crawlers off the seawall. So, get the family and go fishin’ while they are bitin’.

If you want to catch some bass, they are bitin’ as well. Lots of bass are bein’ caught on shiners in Lake Maitland.

Get some shiners and free-line your shiners over the submerged hydrilla and eel-grass beds and you should be able to catch some nice bass.

Kyle fished a tournament on John’s Lake last weekend and it was kinda tough for him but the winnin’ stringer of five bass weighed more than 18 pounds.

The biggest bass of the tournament was a little over 7 pounds, so the bass fishin’ on John’s Lake could be really good if you can find ’em.

Kyle also reports folks are catchin’ lots of bass in the Butler Chain. You can catch a lot of small bass and plenty of ’em.

One angler who has been fishin’ the Butler Chain has not only been producin’ numbers of bass, but he has been catchin’ a good ’un on occasion.

This angler caught two bass more than 8 pounds on his last trip. He wouldn’t divulge what he caught ’em on but durin’ this time of the year, a slow-movin’ bait, or a slow-sinkin’ Senko-type bait should catch you some nice bass.

The Bartow Ford-Toho Marine Elite Pro Team Trail held the last tournament of the year on the Kissimmee Chain.

The winnin’ team of Ken Trimble and Mark Craig weighed in five bass that weighed a total of 33 pounds.

They also caught the biggest bass of the tournament that weighed 8.81 pounds. So, even though it’s hot and steamy, the summer fishin’ in Florida is alive and well.

I hope you have a great week and get a chance to do some fishin’. See ya next week.

Tip of the week: Lake Jesup on fire. 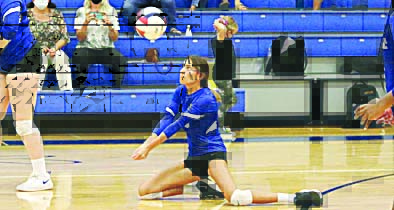 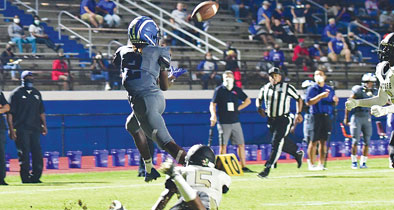 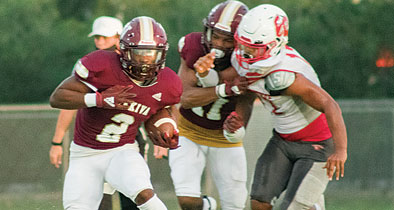