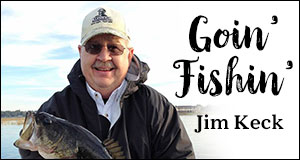 It’s great to be back after nine days of Dorian. I didn’t have any good reports on fishin’ to report on, because a lot of folks didn’t go fishin’ last week due to the storm. So this week, we are off to the lakes again.

The fishin’ has been hit or miss due to the storm. The lakes got a lot of rain and the lake levels have been risin’.

As a matter of fact, Rick and I fished John’s Lake on Tuesday and the water is very high. They have a sign on the walkway urgin’ folks not to use the floatin’ dock because it’s under water. You have to walk in about two feet of water on the dock to get to your boat.

The fishin’ wasn’t too bad either. We did manage to catch and release six bass. We didn’t catch any biguns this week but as always, we were on the water fishin’.

We caught most of our bass on slow-sinkin’ Senko-type baits and plastic worms. The bass seem to be scattered through out the lake due to the high water, so it’s gonna take some time for the fish to get situated for the fall spawn.

Kyle at Bitter’s Bait and Tackle reports that the folks in his area are catchin’ some specks in Lake Jesup. They are driftin’ with minners in open water and doin’ pretty good on most days. It’s a little early for specks but hey if they are bitin’ let’s go catch ’em. Kyle also reports some big bluegills and bream bein’ caught in Lake Monroe. Folks are catchin’ the panfish on red worms and crickets.

The bass have been bitin’ real good before the storm on the Butler Chain. You can catch a lot of bass on the chain.

Folks are catchin’ schoolers on lipless crank-baits. You can also catch some bass on slow-sinkin’ Senko-type baits and plastic worms.

I got a chance do fish the Harris Chain a couple of times this past week. I fished with Rich Niles and we caught seven bass up to 3 lbs. each. We were fishin’ a feeder creek that was dumpin’ water into the chain. We caught all of bass on plastic worms. I fished Lake Dora last week and I didn’t have a very good day. The water was really dirty due to the storm. Hopefully, this week the water will settle down and the fishin’ will improve real soon.

We have a full moon this weekend so hopefully that will help. Well, I hope you get on the water real soon and I’ll see ya next week. 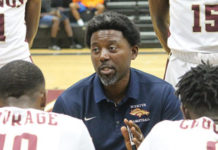 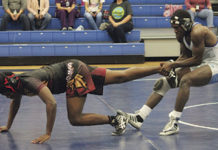 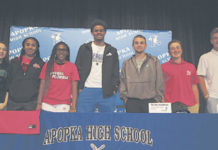