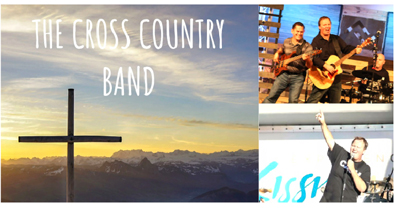 If you like the flavor of country gospel music, with a dash of bluegrass music added and a pinch of folk music thrown in for good measure, then you definitely should come to the worship service at Graceworx Community Church on Saturday, May 28, at 11:30 am, where you’ll be inspired by half an hour of music by The Cross Country Band.

The public is invited. Everyone is welcome.

Granted the band’s array of instruments—guitars, electric bass, banjos, harmonica, mandolin drum and other percussion devices—can deliver quite a spectrum of musical sound.

The six-member group, which is available to perform for churches and social gatherings throughout Central Florida—or anywhere in the world, if the price is right!—are Tim Meins, drum; Kevin Delgado, electric bass; Johnny Karl, mandolin; Randy Ryder, lead guitar; Dan Sea, banjo and guitar; and Neil Ricketts, guitar and banjo. Most of the group participate in the vocals either all the time or some of the time.

Pastor Ricketts, who originally hails from West Virginia—his speech still bears testament to his roots—moved to Florida with his parents when he was 17. In 1980, his coal-miner father had just retired and decided to leave “Almost Heaven” long enough to check out possible retirement in the Sunshine State. Neil kept the home fires burning while his parents were away, figuring he’d stay to complete high school in West Virginia if his parents decided to move.

When they called with news of their decision, Neil had just come in from working outside, replacing the transmission on his car. It had been a cold, windy, snowy day. And when he heard their description of Florida, he decided then and there to head south with them. He completed his high-schooling at Melbourne’s Eau Gallie High School. And, as the saying goes, the rest is history.

Neil fell in love with music at an early age listening to Bobby Bare sing “500 Miles Away from Home.” And when he became a preacher, Neil discovered that the songs he wrote were just “three-minute sermons with a catchy melody and a chorus to bring the message home.”

And that’s exactly what The Cross Country Band intends to do when they perform at Graceworx (9913 Bear Lake, Road, Apopka, FL 32714) on May 28—bring the message home.

So let’s repeat: If you like great songs such as “ I Saw The Light” and “Will The Circle Be Unbroken,” you’ll love The Cross Country Band, which will be performing on Saturday, May 28, at 11:30 am, at Graceworx Community Church. Come and enjoy Christian country classics as well as original music written by band members.

For more information about the event, phone 321-228-4599 or email graceworxcc@gmail.com. And to hear The Cross Country Band’s latest album, go to www.crosscountryband.com. 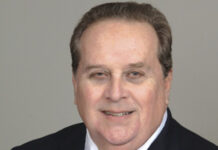 The Strohm Agency encourages you to review your homeowners insurance now 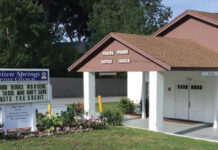 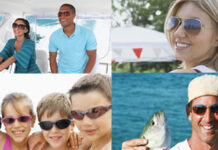