Home Lifestyle Fishin’ will slow due to cool weather

We have been havin’ some nice warm weather this past week but by the time you read this week’s article it’s gonna be a lot cooler. A cold front is comin’ to town and I’m sure it’s gonna slow the fishin’ down just a little. But if you get a chance to go fishin’, just take along a rainsuit just in case.

We had a full moon last weekend and the fishin’ was great just about everywhere in our area. Kyle at Bitter’s Bait and Tackle reports that folks are still catchin’ a few specks in Lake Monroe and Lake Jesup. Lake Jesup has been producin’ the best stringers of specks. Most of the specks are bein’ caught on minners. It won’t be long before the bluegills will be goin’ on the beds. Folks are startin’ to see a few bluegills showin’ up to spawn so it won’t be long and it will be bluegill time again.

Kyle also reports that the bass fishin’ has been really good in most of the lakes in our area. Kyle fished John’s Lake over the weekend. He said that he and his fishin’ buddy caught and released between 30 to 40 bass. They caught their bass on a variety of baits. Plastic worms, top-water baits, spinner-baits, flippin’, swim-jigs, you name they caught bass on it. The Butler Chain is still producin’ some nice stringers of bass. Lots of small bass with an occasional big bass are bein’ caught.

Mark at Big Toho Bait and Tackle reports that the fishin’ on West Lake Toho has been real good as of late. Lots of nice bass are bein’ caught on shiners by the guides and their clients. You can also catch some nice bass on artificials like plastic worms, top-water baits early in the mornin’. Once the sun gets up, you will have to get that long rod in your hand and flip the hydrilla mats and the openin’s in clumps of grass as well.

Central Florida Bass Hunters held their monthly tournament on West Lake Toho on Saturday, March 27. There were 35 boats in the tournament. You are talkin’ about a great day on the water as these teams had some great bags of bass. There were seven teams that caught a limit of five bass that weighed more than 20 lbs. total. There were 170 bass caught. There were four bass caught over 8 lbs. each.

Congratulations to the team of Jim Miller and Andrew Lee who won the tournament. They weighed in five bass that weighed 28.62 lbs. total. They also caught a 10.08 lb. bass in their winnin’ stringer of bass. The biggest bass of the tournament was 11.3 lbs. That bass was caught by the team of Matt Gurgacz and Jimmy Anderson. Congratulations to our own John Ricketson and his fishin’ partner Chip Dover for comin’ in third place with five bass that weighed in at 25.82 lbs. total. Also, congrats to our own JR who caught a nice 8.47 pounder durin’ the tournament.

Well, if you haven’t heard by now, trophy bass named Jim Thomas has been caught. The Lake Apopka Fish Challenge and FOLA announce the winner Christian Greico from Tampa on catchin’ Jim Thomas. Christian caught the bass durin’ an MLF Toyoto Series Southern Division tournament held on the Harris Chain. The 12-pound largemouth bass was worth a cool $5,000. FOLA donated $2,500 and Bass Pro Shops donated another $2,500. Christian also entered his bass in the TrophyCatch program which rewards anglers who provide documentation of a bass of more than 8 lbs. that is caught and released to be caught again. There are still more bass to be caught in Lake Apopka that are worth thousands of dollars in money and prizes.

Well, that’s it for this week. I’ll see ya next week.

Tip of the week: bass are bitin’. 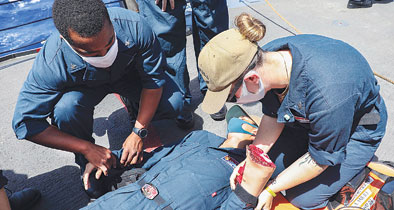 Bluegills on beds give off distinct odor 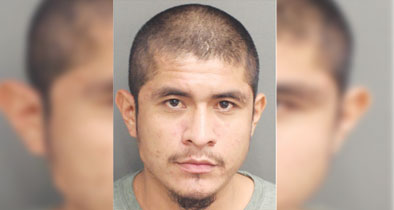