Rewards totaling $15,000 are being offered for information that leads to the arrest and conviction of the person or persons responsible for the murder of 15-year-old Nykeria Simmons of Apopka.

The Federal Bureau of Investigation (FBI) Tampa Division is offering a reward up to $10,000 and Central Florida Crimeline is offering up to $5,000 to anyone with information that leads to the arrest and conviction of those responsible for Simmons’ murder.

The Apopka Police Department investigation has revealed Simmons was not the intended target and this incident was not a random act of violence. It is believed this shooting was the result of an ongoing dispute between two parties. The suspect(s) shot the victim from a white Lincoln MKZ vehicle that had been reported stolen.

Anyone with information relating to this investigation is urged to contact the FBI Tampa Field Office at 813-253-1000, call Central Florida Crimeline at 800- 423-TIPS (8477), www. crimeline.org; or email the Apopka Police Department at APDTIPS@apopka.net You can remain anonymous. 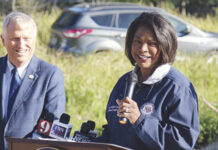 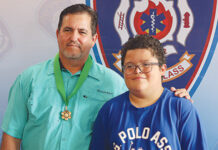 Man who rescued boy from fire honored by AFD 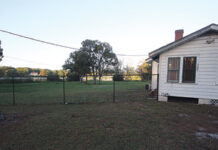