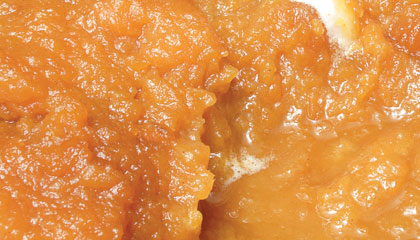 We are going to have some fun here in the near future in our Kapers column by highlighting foods popular with inhabitants of the southern United States. This is a wonderful opportunity for you to share with readers of The Apopka Chief and The Planter your favorite recipes. You can email your recipes to: news@theapopkachief.com or mail them to The Apopka Chief, P.O. Box 880, Apopka, 32704-0880. And send us not only your recipes but ideas for future recipe columns as well.

There are numerous categories of foods that have been handed down in our families or made up by us when we decide to throw certain ingredients together and see what happens when presented to our (captive at the supper table?) audience. Or they simply may be variations of recipes found in cookbooks or on the Internet or even from our friends when we decide we might like to use buttermilk and baking soda instead of baking powder as a leavening agent.

These foods include: beverages, breads, cakes, cookies, candies, cobblers, frozen desserts, pies, puddings, and pastries. There are soul foods, Louisiana Creole cuisine, soups, stews and boils, side dishes and condiments. Of course, one of the largest categories is meat, which includes poultry, seafood, beef and pork, and miscellaneous (mystery?) meats (alligator, possum, etc.), and last, but not least (by a vast number), are vegetables and salads.

3 cups chicken broth (bouillon cubes and water may be used)

Put all ingredients in saucepan and pour in 1-1/2 to 2 cups of water. Stir and cook until done.

Cover chicken with water, bring to boil and cook covered for one hour or until tender. Cool chicken. Remove meat from bones, reserving broth, and cut into bite-sized pieces. Dice bacon and brown in kettle. Remove bacon and brown beef and onion in remaining fat in kettle. Add bacon, chicken broth, salt, paprika, thyme and tomatoes. Bring to boil, cover, reduce heat and simmer for one hour. Add remaining vegetables and chicken and simmer for about 30 minutes longer. Season to taste with seasoned salt and pepper. If desired, thicken slightly with a flour and water paste.

Preheat oven to 325 degrees. Grease and flour 10-inch tube or Bundt pan. In large mixing bowl, beat shortening and sugar til light and fluffy. Add eggs, one at a time, beating until very smooth. Meanwhile, sift flour, baking powder, salt and nutmet. Add to sugar mixture, alternating with sour cream and bourbon, beginning and ending with flour. Beat just till well blended. Fold in pecans. Turn mixture into prepared pan and bake for 1 hour and 15 minutes, then turn out on a wire rack to cool. Pour glaze over cake. Decorate with pecan halves, if desired.

1 tablespoon bourbon and enough water (about 2 tablespoons) to make a pourable glaze. Beat until very smooth. Pour over cake.

Preserving the Big Potato – A Collection of Potato Recipes

Cook zucchini in water until just tender, then drain. In a large bowl, beat eggs, stir in mayonnaise, onion, green pepper, cheese, salt, and pepper. Add zucchini. Turn into a greased 1-1/2 quart baking dish. Dot with butter and sprinkle with bread crumbs. Bake at 350 degrees for 30 minutes or until bubbly. Serves six. 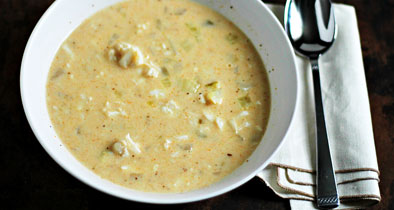 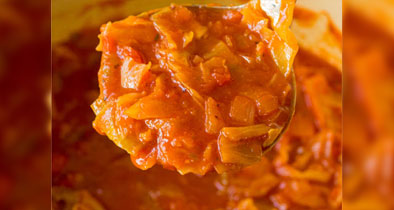