Janell Maxwell shares her delicious Cashew Chicken in Northside Baptist Church’s cookbook. She adds her time-saving tips for our convenience.

Alton Brown from the Food Network makes corned beef on his Good Eats show. He starts with a five-pound beef brisket and ends up with corned beef. The majority of the reviews online indicate that his corned beef is great. Alton only uses a small amount of vegetables to flavor the corned beef. I would never pass up the opportunity to make a full meal and, an hour before the meat was done, I would add four times the onion, carrot and celery cut into chunks and would add two or three pounds of peeled potatoes cut into chunks. Add enough water to cover and bring it back to a boil and continue cooking until all is done. Yummm!

Mrs. Rivers Jenkins shares her macaroni pie in Charleston Receipts. It sounds not only simple to fix but heavenly to eat!

We have a delightful Cream of Cauliflower Soup from Savannah Style. You cook the cauliflower and other vegetables in a chicken broth, then use your blender to puree the cooked vegetables and broth. Then put the pureed mixture in a large pot, add the cheese and cream and heat it prior to serving. You KNOW my unsophisticated self is going to run out and buy WHITE pepper, don’t you? Although, according to the internet, white pepper is hotter than black, BUT it  has fewer flavor notes.

Judy Babb’s Mexican Tostitos Dip is a quick and tasty recipe we found in  Sharing Our Finest Cookbook from the Apopka Citizen Police Alumni Association.

Terry Shafar’s Deep Dark Chocolate Cake. What a wonderful treat for those of us who LOVE chocolate! The recipe comes from New Vision Community Church’s Feeding the Flock.

After bouillon cubes are dissolved, add other sauce ingredients. Bring to a boil and add cold water with cornstarch. Let thicken. Place deep fried chicken on plate, pour some sauce over it and top with chopped green onions and cashews. Serve over cooked rice. Serves four.

Personal notes: I find that I can break up the bouillon cubes before adding them to the water to save on time. Also, I omit the salt in the sauce and use a tablespoon or two of additional soy sauce so the sauce is a darker color (my preference). This recipe is easy to double or triple or multiply for serving larger crowds. Another time-saving tip if you are cooking a larger amount of chicken, you can make the chicken the day before and store it in the refrigerator overnight. Next day, spread the chicken out on a cookie sheet and bake in the oven at 425 degrees, stirring occasionally, just long enough to get it hot and crisp it up.

(HOW TO MAKE) CORNED BEEF:

Place the water into a large 6 to 8 quart stockpot along with salt, sugar, saltpeter, cinnamon stick, mustard seeds, peppercorns, cloves, allspice, juniper berries, bay leaves and ginger. Cook over high heat until the salt and sugar have dissolved. Remove from the heat and add the ice. Stir until the ice has melted. If necessary, place the brine into the refrigerator until it reaches a temperature of 45 degrees Fahrenheit. Once it has cooled, place the brisket in a 2-gallon zip top bag and add the brine. Seal and lay flat inside a container, cover and place in the refrigerator for 10 days. Check daily to make sure the beef is completely submerged and stir the brine.

After 10 days, remove from the brine and rinse well under cool water. Place the brisket into a pot just large enough to hold the meat, add the onion, carrot and celery and cover with water by one inch. Set over high heat and bring to a boil. Reduce the heat to low, cover and gently simmer for 2-1/2 to 3 hours or until the meat is fork tender. Remove from the pot and thinly slice across the grain.

Cook macaroni in rapidly boiling water for ten minutes. Drain. Stir butter and 1 cup of the cheese, into the hot macaroni, leaving about 1/2 cup cheese to sprinkle over top of pie. Add salt, pepper, and mustard. Beat eggs into mixture. Add milk and mix well. Put in greased baking dish. Sprinkle top with cheese and dot with butter. Bake in 350-degree oven about 40 minutes. Serves 6.

a Cookbook by The Junior League

Combine all ingredients except cream and cheese. Bring to a boil. Reduce heat, cover and simmer for 15 minutes or until vegetables are tender. Pour 1 cup at a time into blender and puree until smooth. Return to a large pan, add Half-and-Half and cheese and heat 2 to 4 minutes, or until hot. Serve hot or cold.

1 can refried beans (any style)

1 can Hormel chili with beans

In a saucepan, heat refried beans and chili together. Add Velveeta cheese and stir until melted. Add green chilies. Add desired amount of jalapeno peppers. (It is just as good without them.) Serve hot with chips.

Cream together the butter, shortening and cocoa. Blend in vanilla and egg, beating well. Alternately add sugar and milk, beating until smooth after each addition. Take a cake layer and put it on Saran Wrap. Frost the top of layer and dump it with frosted side down in a trifle bowl. The layer the plastic was touching will now be on top, and the frosted layer on the bottom. Remove plastic wrap and frost. Now put half the Cool Whip on top. Next, frost the second layer; put frosted side on top of Cool Whip. Frost top side and finish with remaining Cool Whip on top. 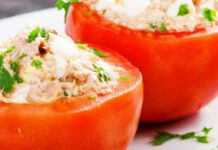 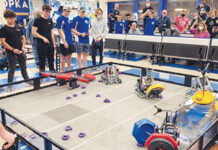 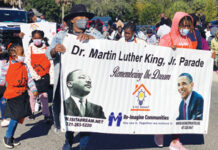 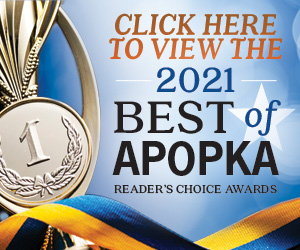