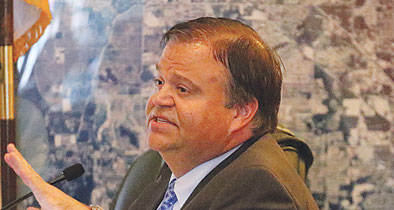 Three budget workshops will be held in mid-July as the Apopka city government prepares for the 2020-2021 fiscal year that starts on October 1.

The workshops are scheduled for July 13-15 at 5 p.m. each day and will be held in the council chambers at City Hall, 120 E. Main St., Apopka. The public will be allowed to speak at the workshops.

At the workshops, City Administrator Edward Bass and Finance Director Jamie Roberson will go over all the numbers and, while the amount of money the city has to work with each year is somewhat unknown, especially revenue-sharing dollars from the state government, this year, with the coronavirus pandemic, the total impact of the economic shutdown that began in mid-March and continues somewhat now remains an unknown factor. However, March experienced a 47-percent drop in sales tax dollars shared by the state. April is expected to be worse, but the final numbers aren’t in from the state yet.

Even as the economy rebounds, questions remain about the future, especially in regard to sales tax revenue shared by the state. With most theme parks shut down for several weeks and Walt Disney World parks yet to re-open, millions of dollars of sales-tax revenue have been lost.

In Apopka’s case, the city depends on its portion of the revenue from the state sales tax to help the General Fund portion of the budget, which pays for police, fire, and City Hall functions such as Community Development, Human Resources, and the mayor’s office.

This year’s General Fund budget is $50.4 million with $12.7 million being from various intergovernmental revenues.

Following the July 15 budget workshop session, the tentative millage rate will be set at a 7 p.m. regular City Council meeting that day. The current property tax rate is 4.0376 mills, which represents $403.76 per $100,000 of taxable property value.

The final budget and property tax rate must be approved in September.

To find out what else happened at the City Council meeting, read the story starting on page 1A of the Friday, June 19, issue of The Apopka Chief. Subscribe today!