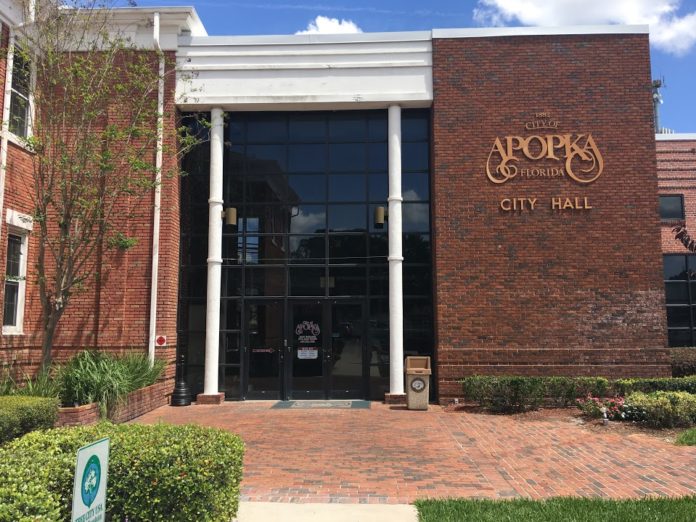 The city of Apopka will defend itself and seek a dismissal of a lawsuit brought by a Daytona Beach man over the accessibility of city documents on its website for blind or visually impaired citizens.

Joel Price of Daytona Beach, who said he is legally blind, filed the lawsuit on May 5 in federal court after writing a letter earlier this year complaining that his screen reader software cannot “read” city documents that are on its website, www.apopka.net.

Price’s suit stated, “As an active and social Florida resident, plaintiff is interested in the quality of life, economic growth, tourism, preservation of natural environment, housing, and urbanization issues. Therefore, plaintiff is concerned about becoming informed about quality of water; projects to preserve the natural environments; land use; recreational activities for the community, and use of different resources utilized by the government of city of Apopka dedicated to making Apopka a better place to live and work. Therefore, in February 2019, plaintiff visited defendant’s website with the intent of educating himself about the quality of life and governmental functioning in city of Apopka. Plaintiff also wanted to find out more about programs, services, and activities available to visitors and residents.”

The city’s insurance carrier has hired Roper & Roper, an Apopka law firm, to defend the city in the suit.

City attorney Joe Byrd said that the firm will immediately seek a dismissal of Price’s lawsuit, something the law firm was able to do in another suit brought by Price against the city of Longboat Key.

As a result of Price’s original complaint letter sent earlier this year, the city has taken down almost all of its PDF and Microsoft Word documents because they cannot be read by screen reader software.

Even if the lawsuit is dismissed, Byrd said the city still has troubles.

“Don’t think that even if we walk away winning the suit that means that, ‘Oh, we don’t have to worry about anything on the website.’ We certainly do,” Byrd said.

“We take it seriously, but we do think we should be able to defend this suit.”

This story appears on page 3A of the Friday, June 7 issue of The Apopka Chief. To keep up to date on the latest Apopka-area news, subscribe today.