For the first time in four months, there is a full complement of city commissioners on the Apopka City Council as Diane Velazquez was sworn-in Wednesday, December 16, to replace Seat 2 Commissioner Alice Nolan, who resigned in August for health reasons.

Velazquez, who served on the City Council from 2014-2018, was defeated in 2018 by Nolan, but recently won against three other opponents in her successful effort to return to the City Council.

Velazquez defeated Yesenia “Jesi” Baron in a December 8 runoff, gathering 3,375 votes or 58.37 percent to 2,407 votes or 41.63 for Baron. Gene Knight and Nick Nesta also ran in the special election for Seat 2. Those two were eliminated in the November 3 General Election after finishing third and fourth, respectively.

Ratifying the results of the December 8 runoff was the first order of business for the City Council at its Wednesday, December 16, meeting and Velazquez was immediately sworn-in by her husband, Ed, to begin her service on the City Council.

“I’m here to work for everyone who lives in the city of Apopka. Thank you all for coming tonight and thank you for electing me to be your commissioner to represent you.”

The major development plan for a proposed kindergarten through eighth grade school in Apopka was given a unanimous OK by the City Council.

Orange County Public Schools wants to build the K-8 school on the west side of Jason Dwelley Parkway, just north of Orchid Estates subdivision between Appy Lane and Kelly Park Road on a 15-acre parcel.

Parking on the school campus was also brought up with the number of accessible parking spots being a concern. The number of the accessible spots was brought up at the Apopka Planning Commission meeting last week by Planning Commissioner Bob Ryan as there appeared to be five spots on the plans when six is required in this case. Klima said there were actually six on the plans, one of them being in the parking area near the cafeteria, apart from the other five accessible parking spots.

Commissioners also questioned the rendering of the school that showed a traffic light and widening of Jason Dwelley Parkway. However, Klima and Jim Hitt, the city’s Community Development director, said the rendering isn’t accurate and there won’t be a traffic signal. There will be a right-turn lane into the campus from southbound Jason Dwelley Parkway.

“This page doesn’t need to be in here (meeting packet) because it leads to confusion,” Hitt said about the rendering showing the traffic light.

Ground will be broken in mid-January and construction will begin shortly thereafter for the yet-to-be-named school. Community meetings to begin the process to set the new school’s attendance zones will begin in the spring of 2021.

The full story starts on page 1A of the Friday, December 18, issue of The Apopka Chief. The Apopka Chief and The Planter are weekly community newspapers, independently owned and family operated, that have served the greater Apopka area in Central Florida since 1923 and 1965 respectively. Subscribe today! 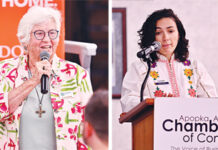 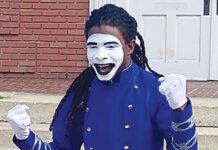 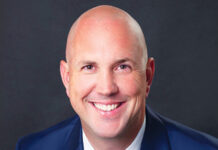