Knowing the city could face a lawsuit no matter which way it votes, the Apopka City Council voted 4-1 to approve a future land use amendment that would allow the doubling of dwelling units per acre, which could lead to student overcrowding in nearby schools.

The City Council voted on the second reading of the future land use amendment and transmittal to state agencies at its Wednesday, December 18, meeting after listening to representatives of Orange County government, Orange County Public Schools, and the Hamrick Estates developer. Commissioner Alexander Smith cast the “no” vote.

Hamrick Estates has been proposed as a single-family housing subdivision of 35 single-family homes on the currently vacant 35-acre tract of land located north of West Ponkan Road and west of Mount Stirling Avenue.

City planner David Moon explained the history of the amendment’s reviews as well as House Bill 7103 that went into effect on June 28, impacting the school capacity enhancement program. He said OCPS has been trying to address how they’ll address their concerns with HB 7103, as well as comprehensive plans, growth management, and impact fees in general.

“In summary, the city is stuck between a rock and a hard place,” Moon said.

Jason Searl, the developer’s attorney, noted that the first reading of the application was done in December 2018.

“It’s been quite a long process. We’re making our best efforts to advance the process and move timely,” he said.

Throughout the 90-minute conversation between elected officials and attorneys, they discussed documented agreements, impact fees, and nuances of legal matters.

“The people in this room that aren’t affiliated with this business are still trying to get this,” said Commissioner Kyle Becker. “There are enhancement agreements, there are mitigation agreements, how dollars are calculated, how they’re assigned, and how they’re applied. It’s freaking complicated.”

City attorney Joe Byrd told the City Council it’s a matter of who it prefers to “wrestle” in court once the vote is cast: OCPS and Orange County government, or the Hamrick Estates developer.

The full story appears on page 1A of the Friday, December 20, issue of The Apopka Chief. Subscribe today! 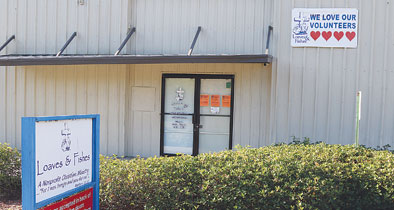 Prayers for those on the front lines 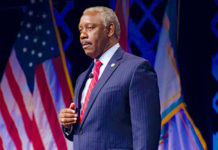