Fueled by a lifelong love of music and spurred on by encouragement, an Apopka firefighter took the plunge and showcased his singing talents on national television.

Jeremias Williams, 23, decided to appear on “American Idol” after Apopka Fire Lieutenant Jerry Maynard heard him sing consistently and randomly around the fire station, and encouraged him “for years, trying to get me to audition for something.”

“He said, ‘You need to do something.’ And every time I’m like, ‘Oh, I’m not good. I don’t think I can even make the cut, let alone make it,’” Williams said. “He was like, ‘I believe in you and you can do it, you can do it.’ And so years passed, I didn’t do it. He kind of coerced me into doing this in previous years, so I did it.”

Now that Williams recorded the show, he was glad to have done it.

“It’s a once-in-a-lifetime opportunity, and it’s something that I definitely don’t take for granted,” he said. “It’s a special feeling.”

Williams is entering his third year as a full-time Apopka firefighter. Prior to that, he spent two years as a part-time firefighter and volunteer for the Apopka Fire Department.

A lifelong Apopka resident, Williams grew up in Plymouth and attended Apopka-area schools.

Season 4 of “American Idol” premiered on Sunday, February 14, on ABC, and will air again this Sunday at 8 p.m. Last season, “American Idol” became the first reality competition series to air remotely. Luke Bryan, Katy Perry, and Lionel Richie are the judges; Ryan Seacrest is the host.

This story can be read in full beginning on page 1A of the Friday, February 19, issue of The Apopka Chief. The Apopka Chief and The Planter are weekly community newspapers, independently owned and family operated, that have served the greater Apopka area in Central Florida since 1923 and 1965 respectively. Subscribe today! 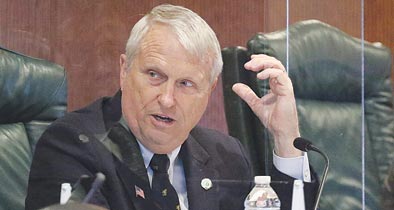 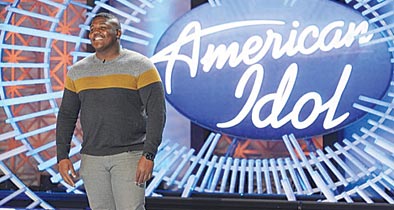