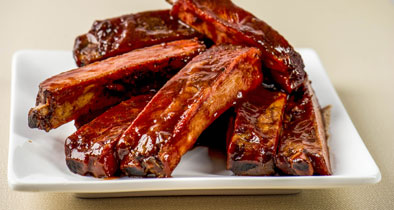 Our editor’s wife’s mom gifted Savannah Style to us. This is a wonderful cookbook published by The Junior League of Savannah, Inc. We found Sauteed Chicken Livers that they say to serve over toast points. I won’t poke fun at their recommendations to serve over toast points (this is a pretty old cookbook), however, I will probably go with RICE! I’ll take the chance I will be labeled a country bumpkin! I love rice, it is easy to fix and delicious. And rice will probably guarantee I won’t blow away with the first stiff breeze that comes along… which is one of my constant fears, don’tcha know!

We have a recipe for oven-roasted spare ribs found in Charleston Receipts, submitted by the wife (Elizabeth Cauthen) of Frank B. Gilbreth Junior, the son of Frank Senior, a main character in the book, “Cheaper by the Dozen.” This is a hilarious and heart-warming story about a family with twelve children. As an adult, Frank Junior was an editorial writer for the Post and Courier in Charleston, SC, with the nom de plume of Ashley Cooper. Frank Junior and his sister Ernestine wrote this wonderful book that was released in 1948 and later made into a movie. I was captivated by my mother’s copy and read it several times as a child and again as an adult. If you haven’t read it, do yourself a favor and find it at the library or on the internet. My daughter, who had dropped my copy in a mud puddle as a kid, found one at Salvation Army store and bought it for me.

We have Anne Paxson’s Mushroom Soup Oriental from Cooking with Foliage La Sertoma of Apopka for you. We thank the ladies of the Sertoma Club for their lovely recipes.

Jeanne Heckman’s Sausage Biscuits is terrific for partying game watchers or brunch. This is a simple mix of sausage, Bisquick and cheese to put together, roll up in little balls, and bake for a very tasty treat. These are more little baked balls than biscuits.

Mrs. Clanton shares her Best Ever Pie in Plains Pot Pourri, copyrighted 1977 by the community of Plains, Georgia. Most of the ingredients are probably already in your kitchen. This is a one-crust pie.

Recipe from Cooking with
Foliage La Sertoma of Apopka

Combine all ingredients. Mix with your hands. Shape into small balls. Bake at 400 degrees in ungreased pan until done (10 to 15 minutes). These biscuits can be frozen before and after baking to use as needed.

Recipe from Savannah Style, a
Cookbook by The Junior League
of Savannah, Inc.

Wash beans and discard imperfect ones. Place in a deep bowl and cover with water 2 inches above beans. Soak overnight.

Next day, pour beans into a 3 to 4 quart kettle with the same soaking water. If necessary, add more water so that beans will be covered one inch above. Add to the beans: 2 tablespoons olive oil, whole tomato, bay leaf, 1/2 onion, 1/2 green pepper, crushed garlic clove. Bring to a boil, then lower heat to moderate, cover and cook until beans are tender, about 1 hour. Use only a wooden spoon for stirring. Remove the bay leaf and what is left of the half onion, tomato, pepper and garlic.

Beat egg yolks until light and thick. Add one cup sugar gradually which has been sifted with cinnamon and cloves. Add pecans, raisins, and melted butter.

Beat egg whites until stiff but not dry.

Fold gently into egg yolk mixture (do not beat). As you fold in, add 1 tablespoon vinegar.

Bake in pie shell at 450 degrees for 10 minutes. Reduce heat to 350 degrees and bake for 25 minutes. The crust and top should be nicely browned. Cool and serve with unsweetened whipped cream. Serves six.

Beat half of the blue cheese with electric mixer to remove lumps. Add other ingredients and beat together well until thick, smooth and creamy. Stir in remainder of cheese. Refrigerate; serve cold as dressing or as vegetable dip. Can be refrigerated for up to two weeks. 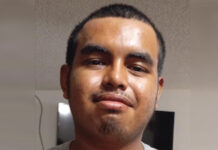 Police are searching for Apopka man 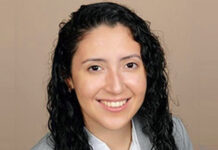 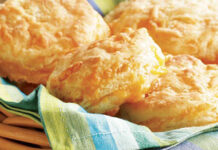