No matter where Apopka native Jerry Lawson traveled in the world, how much fame he achieved, or how many legendary personalities he collaborated with, he always returned home to the town he grew up in.

Lawson, the founder/lead singer of the a capella group The Persuasions for 40 years until he retired in 2003, died on July 10, 2019, in Phoenix, Ariz., of Guillain-Barre syndrome at age 75.

However, his legacy lives on in the “Just a Mortal Man – The Jerry Lawson Story,” which will premiere on the PBS-affiliated station WUCF on Tuesday, June 21, at 10:30 p.m., in conjunction with Juneteenth and Black Music Month.

PBS picked up the 84-minute film for national airing in February – Black History Month – and has been broadcast in 90 percent of all PBS markets across the nation.

“I don’t mean to repeat myself, but we have had people watch this (film) who were from a different generation who didn’t know about The Persuasions and we’ve had people from all ethnic backgrounds, all different kinds of nationalities, and everybody relates to this man. It was Jerry’s greatest gift that he could connect with everybody,” said Miles Merritt, film director and co-producer.

Born in Fort Lauderdale, Lawson grew up in Apopka and graduated from Phillis Wheatley School, where he acted in school plays, performed with his own band at local events, and played wide receiver for the Phillis Wheatley High Panthers football team.

After graduation, he moved to Brooklyn, N.Y., where he was recruited as an all-star wide receiver for the Brooklyn Cardinals minor league football team before forming The Persuasions.

After leaving The Persuasions, Lawson produced his magnum opus album “Jerry Lawson and Talk of the Town” in 2007 alongside the San Francisco-based vocal group Talk of the Town. Lawson released his debut solo album “Just a Mortal Man” in 2015.

Lawson found another calling in his life after retiring from The Persuasions: mentoring severely developmentally disabled adults despite having no training in this field. According to Merritt, the only relative experience Lawson had was as a longtime caretaker to his dementia-stricken mother, who lived in Apopka before her death.

A scene in “Just a Mortal Man” depicts Lawson singing before a roomful of clients at an Arizona facility where he worked as a mentor. The dozens of clients followed the rhythm of his voice by snapping their fingers and clapping – two actions many of them couldn’t do before.

“I always say he was like the Pied Piper,” said Gail Kempler, “Just a Mortal Man” co-producer. “He would sing and they would relate to it. So they just connected with him.”

When Lawson watched “Just a Mortal Man,” he was hospitalized with Guillain-Barre syndrome. The condition left him paralyzed and made him lose his voice, which was removed via tracheotomy. Lawson often called doctors and nurses into his room so they could watch the film with him and see who he was before he became ill.

According to Merritt, people had promised Lawson they would produce a film about him but never followed through.

“He was just so, as I said, profoundly moved and grateful that we said we were going do it. And we did it. We saw it through to completion,” Merritt said.

A lot of the footage that the producers obtained for the documentary Lawson had never seen, such as archival footage of his performances on “The Tonight Show with Johnny Carson” and with singer Joni Mitchell.

In June 2017, Lawson visited Apopka for filming “Just a Mortal Man.” One highlight of this visit was the unveiling an honorary designation an intersection as “Jerry Lawson Way,” at the Old Apopka Road/East Cleveland Street intersection on June 9, 2017.

Despite achieving international success that included performing with some of the most recognizable names in music including Liza Minnelli, Ray Charles, Stevie Wonder and Joni Mitchell, Jerry Lawson retained his humility and approachability.

This article appears in the Friday, June 10 issue of The Apopka Chief. 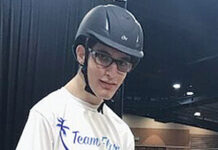 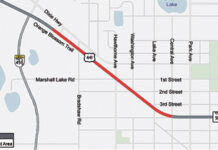 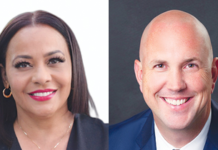