We have a recipe for oven-roasted spare ribs found in Charleston Receipts, submitted by the wife (Elizabeth Cauthen) of Frank B. Gilbreth Junior, the son of Frank Senior, a main character in the book, “Cheaper by the Dozen.” This is a hilarious and heart-warming story about a family with twelve children in the area of Montclair, New Jersey. As an adult, Frank Junior was an editorial writer for the Post and Courier who wrote under the nom de plume of Ashley Cooper in Charleston, SC. (Side note: The Ashley and Cooper Rivers are main rivers in Charleston, SC.) Frank Junior and his sister, Ernestine, wrote this wonderful book that was released in 1948 and later made into a movie. I read “Cheaper by the Dozen” several times as a child and again as an adult.

We have a recipe for Beef Tips on Rice for you that comes from Southern Living’s All-Time Favorites. It appears to be one of those dishes that can become a family favorite for years to come.

Rheta McGraw shares her recipe for Special Chicken in New Vision Community Church’s Feeding the Flock. The chicken is baked in the oven at 400 degrees or a little lower for 45 minutes. Rheta doesn’t say to remove the bones, but you do remove the skin.

The recipe for Sweet Potato Supreme from Mary Francis Mancuso in Preserving the Big Potato looks great. I’ll bet you could get away with using sweet potatoes you have boiled in a pot or even roasted in the oven if you wanted to do that.

From The New York Times NEW Natural Foods Cookbook, by Jean Hewitt, we have two recipes: Banana-Oatmeal Muffins and Cranapple Cobbler. They sure look good.

MRS. FRANK B. GILBRETH, JR’s “CHEAPER BY THE DOZEN”

NOTE: Sometimes you can find meat labeled “beef tips” in the grocery. If so, the work of cutting into cubes has already been done for you.

Remove skin from chicken. Mix together remaining ingredients and pour over chicken in baking dish. Bake at 375-400 degrees for 40 to 45 minutes. Serve over buttered wide, flat egg noodles.

Preserving the Big Potato – A Collection of Potato Recipes

Preheat oven to 350 degrees. Mix cinnamon, flour, brown sugar, oatmeal, pecans, and butter together until the mixture is crumbly. In a greased 2 quart casserole, layer half the sweet potatoes, half the cranberries, and half the apple slices. Sprinkle evenly with half the crumbs mixture. Repeat the layers. Bake uncovered for 35 minutes or until the top is lightly browned.

1. Preheat the oven to 375 degrees. 2. Combine the oats, flour, salt, and sugar in a bowl. 3. Lightly beat the egg yolks and stir in the hot milk. Beat until very light and thick. Beat in the oil, vanilla, and mashed banana. Sprinkle the dry ingredients over the yolk mixture and fold in gently. 4. Beat the egg whites until stiff but not dry and fold into the batter. Spoon into oiled muffin tins until they are two-thirds full. 5. Bake for 30 minutes or until golden and done. Cool on a rack. Yield: About twenty medium-sized muffins.

Preheat the oven to 425 degrees. Mix together the apples, cranberries, almond extract, honey, and orange peel. Put in the bottom of a well-buttered 1-1/2 to 2 quart baking dish or casserole. Combine the wheat germ, cinnamon, and salt and sprinkle over the fruit mixture. Dot with the butter and bake for 40 minutes or until bubbly and brown. Serve warm with yogurt. Yield: Six servings. 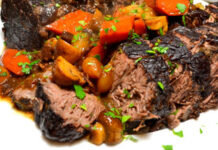 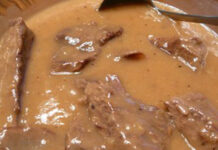 Short on time? Try Round Steak with Creamy Gravy for Crockpot 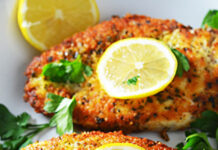 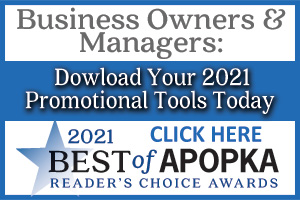 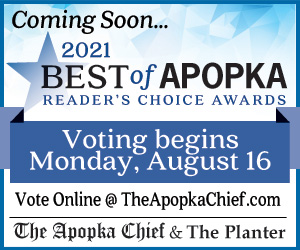