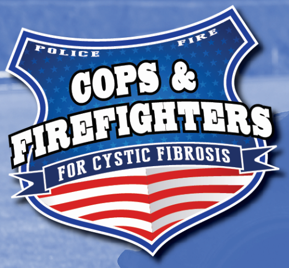 The city of Apopka is inviting Central Florida first responders to compete in the second annual Cops vs. Firefighters for Cystic Fibrosis event, benefitting the Cystic Fibrosis Foundation.

First responders will endure events challenging their skill, physical fitness, and agility in front of cheering crowds of supporters on Saturday, January 12, 2019 at the Northwest Recreation Complex, 3710 Jason Dwelley Parkway.

All competitions are based on several aspects of law enforcement and firefighting jobs such as the bench press, pull-ups, the tire flipping and various relays.

In early 2017, Apopka police officer Jason Wiggins approached Apopka Sgt. Steve Harmon about organizing a fundraiser involving the police department and that would give back to an organization.

“I approached Sgt. Steve Harmon because I knew two of his nephews had cystic fibrosis,” Wiggins said in an email. “Sgt. Harmon and I then came up with a physical fitness competition event between the police and fire departments due to the history of the friendly rivalry. Sgt. Harmon had competed in previous events including the Police and Fire Olympics, so he had some ideas of what type of events to do. The events are somewhat related to law enforcement and fire department job functions.”

“We had extra inventory of event t-shirts, which we sold out of at a recent fundraiser at the Apopka Chili’s on West Orange Blossom Trail,” Wiggins said.

For 2019, at least about a dozen teams signed up and several more who said they would register. The enrolled teams are from Apopka police, Apopka fire, Winter Garden police, Clermont police, Mount Dora fire, Seminole County fire and Winter Park fire departments.

Cystic fibrosis is a genetic disease that causes constant lung infections and over time limits breathing. According to the Cystic Fibrosis Foundation, the type and severity of the symptoms can vary from one individual to another.

Ninety cents of every dollar raised goes to research and development for the disease. Cystic Fibrosis Foundation does not receive any federal funding.

The event organizers plan to have a junior obstacle course for kids. There will be food, drinks, music and teams competing for “bragging rights,” Wiggins said.

“The team events are just that,” Wiggins said. “It is about the four members working together and combining their skills. Most competitions are for individuals. Police and fire department personnel have to work together as a team in real life so they should compete like that too.”

Law enforcement agencies and fire departments can learn more and register their teams by visiting www.apopka.net/604/CF-Competition-2019. 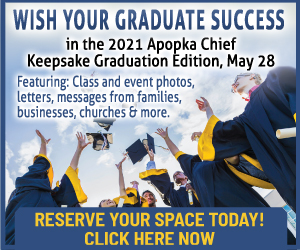